Former Afghan Women’s national soccer team captain Khalida Popal, talks to the media in Kabul, Afghanistan, Tuesday, June 5, 2018. Popal just returned from the pitch after four days as a guest of the… 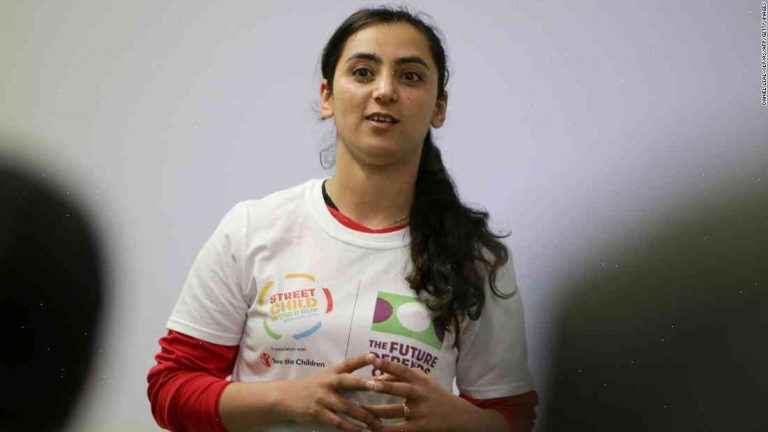 Khalida Popal just returned from the pitch after four days as a guest of the United Nations in Abu Dhabi, where she played a friendly match against a women’s national soccer team from Asia. For Popal, who served as captain of the country’s national women’s soccer team in her playing days, the game marks the first time that a female is on the field as a professional athlete in Afghanistan. She says she saw women playing on the pitch as a child — but “we were playing for the amusement of boys.” Today, that culture remains. Popal, who was part of the team that battled the Taliban in 2001, says that over the years, the militants have used sports as a “propaganda weapon,” while also reducing women’s activities across the country.

Popal and the other former players participated in the $250,000 Cup on behalf of the World Vision-funded Gai-Kar girls’ sports academy in which girls and young women spend part of their day studying in the same classrooms as their male counterparts. Popal says the high school encourages women to step out of their social roles and get involved in the community. She says the school is also boosting the economy of Kabul, as women and boys spend money on sports equipment.

Read the full story at The New York Times.