Review: Curtain Up: The New Testament by Rachel Ivor Waring

Curtain Up: The New Testament Rachel Ivor Waring Chatto & Windus £16.99, pp360 From the moment of salvation and the message of salvation, the Bible’s narratives about grief are peppered with more grieving than… 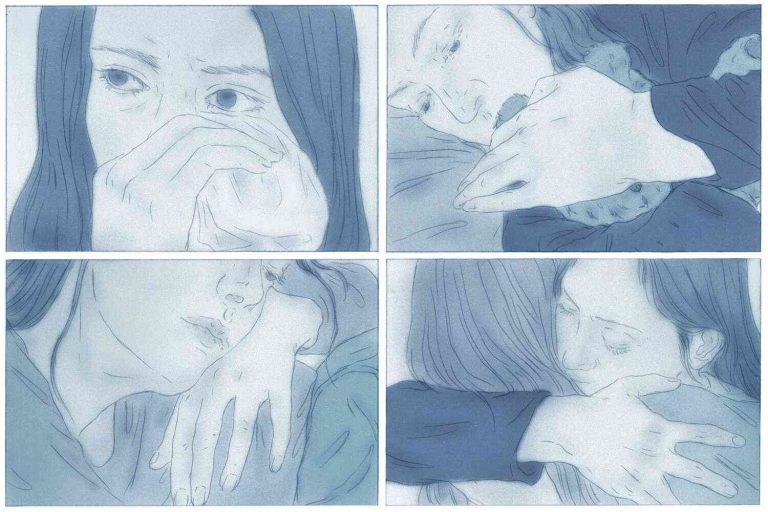 Curtain Up: The New Testament

From the moment of salvation and the message of salvation, the Bible’s narratives about grief are peppered with more grieving than mourning. Samuel, the young shepherd boy who becomes Jonah, cries, like so many biblical protagonists; Ruth, the Jewish girl, wipes her eyes, as families across the world have done, at the sight of their beloved ones suffering a death in the outback.

The grief of the child is emotionally intimate, instant and horrifically raw. Even the saints are forced to express their anguish. While Yahweh prays, Thomas cries. Jesus is soaked by the tears of an old woman mourning the death of her disabled child, a profound question of whether all suffering is a result of sin. The faith of those who will no longer live is severely tested. Some are found lifeless in their cradle. Others are offered poisoned coffee at the ceremony to purge the sin of their sins, creating a surprising sense of blasphemy for those who have sworn to God’s sanctity.

Here, Waring’s own grief is evoked; however, like the biblical grief, it is swiftly dismissed, and Waring’s mother, best friend and sister are, in turn, cast out. It is not so much that they are broken people as hurt by the world; but more that their vision of the whole world, from their grasp, is so clouded by grief. Their daughters, presumably lost in the great loom of love, are not to be found. What these non-descriptable women think is impossible to know.

But the story is as much about Mary as her child. All lost children have begun at something like this moment. The grief expressed by Mary is not just for the child; but for those around her and for her beloved community. How has God allowed a mother to become a victim? Waring’s experience of her mother’s grief (this was not a book meant for her to have written) reminds the reader of what makes grief so difficult. Its pain and re-emergence from silent pride is resisted, replayed in times of conflict and agony.

After childbirth, more than any other time in the woman’s life, she should be stepping into a new world and free from her old perception of the world. When she falls to pieces again – there was good reason for her to do so – it seems as if it is a world gradually taking her again. The Bible also, counterpointed by pain and suffering, gives us a vision of a new world, a God who loves his children, re-formed and redeemed. Why the injuries to Mary, to Paul, to Jesus, the crucified mother and leader, so easily continue? The theme is mooted at the end: if there were no harm, then where were the acts of evil? A new world, the world of God’s heart, begins with love. God is caring, loves and protects the vulnerable.

All three of these women are from a Jewish community; as are Israelites throughout the Bible, even Jeremiah, whose chronicness is marked by sorrow. What distinguishes, to me, the bereaved mothers is their search for meaning, after the death of their children. For them, in a world so deaf to their cries, there is no other way but to look to God, to God’s forgiveness. The label ‘intellectual’ is not significant. We need wisdom, not intellect. It is the kind of knowledgable knowing that, looking back at the mothers and father in the death of their own children, we recognise to be fundamental to the Christian community, of which they were devout. Mary will never truly understand what she has done. She remains in an unspoken tender state. From Paul’s heart, to Thomas’s hands, they both know that they are God’s children, and God is. Their grief is not pure anger or bitterness; they never use their grief to serve their purpose.

Waring’s experience of her mother’s pain is the source of her, at times, tone of voice and her deliberately placed syntax. She gives us a woman’s grief, subtly holding us up in connection with her own. We can only hope for a woman’s heart, like any human one, to be honest, to know the truth; that it will not lead to destruction but to love.