Even though the weather is colder and the days shorter, Erica Wei hangs on to her daydreams of being a lawyer — even when she’s out selling gifts for people in the area. She… 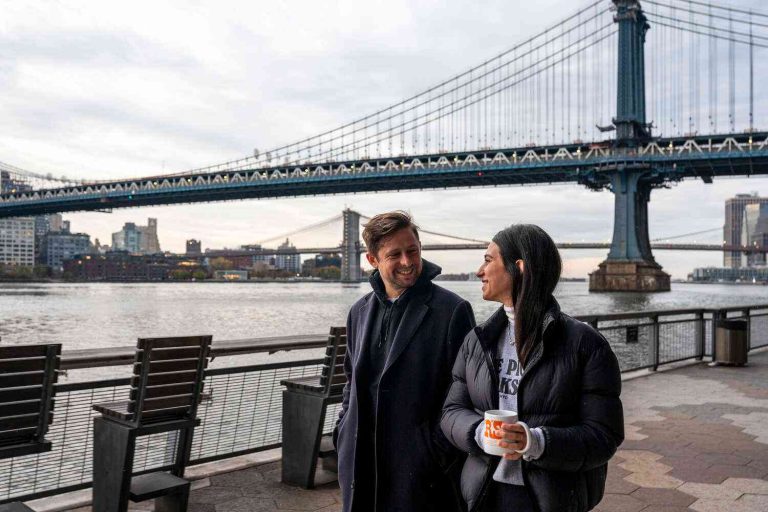 Even though the weather is colder and the days shorter, Erica Wei hangs on to her daydreams of being a lawyer — even when she’s out selling gifts for people in the area. She spends her weekends picking through the contents of her closet, slowly trying to get rid of the vintage clothes she hoards at a new office, and making those poor, recent-college-graduate high-school acquaintances she’s not going to be friends with again. And for the past eight years she’s been the only one selling these heavily discounted items for People’s Republic of Tiny Angie on the city’s Lower East Side.

“It’s a way of self-gratification,” she explains. “I’ve had so many of these things on my bucket list to buy that I get to finally do it.”

The endorphins aren’t the only reward. The fluorescent lighting, the excited chatter and the open air are another perk. She has run this business (a retired copywriter by day, she prepped for her MBA in small-business management at Rice University’s Cox School of Business) since 2008, and every year since she’s doubled the amount of items she sells, now totaling nearly 300 tons.

The customer base is limited, though. When Ms. Wei first started the company, she found the shop’s owner, Bo Wang, and asked for his discount; his modest budget limited what they could purchase. Still, she found that he was more amenable to being part of the experience than her neighbors, who were more interested in doing laundry and looking for inexpensive health supplements. Then-not-so-busy Christmas and New Year’s sales were the birth of the business.

Ms. Wei named her store Tiny Angie in honor of another burgeoning small business, New York’s Small Business Sunday, which is celebrating its 10th anniversary on December 3. In an era of e-commerce and massive discount retailers — Toys R Us went bankrupt this year — Tiny Angie’s lone branch may be peculiar, but its concept has generated an enthusiastic, informed following.

“We don’t do the things that bigger retailers do,” Ms. Wei says. “What other company in their first year was opening shop two blocks from their original store in small business history?”

Before earning the trust of the neighborhood, she said, she was pitching pretty much the same thing she does now: a Tiny Angie pop-up shop at consignment shops and discount retailers with an ample supply of cheap merchandise for her loyal yet finicky crowd. Some customers even sent her cheques after each store visit.

“People show up with their cheques — that’s the most rewarding thing,” she said.

This post was written by Jeri Wagner, a freelance writer.