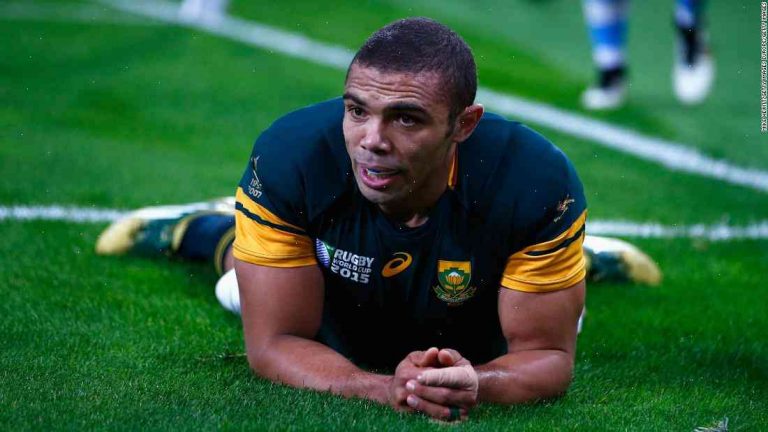 Bryan Habana says he would have taken the knee as a player, while the knee injury which ended his career was as bad as he could have imagined.

The Springboks’ World Cup-winning winger retired in March after a 14-year career.

In an interview with 5 Live, Habana, 35, said “I know we’re both talking about coming to terms with life in retirement, not just the sport, but life in general, that might have transpired after the rugby bubble”.

“I have a tremendous appreciation now for the job that each and every one of the sportsmen, and women, that I’ve known have done for me,” he added.

When he walked out on the Springboks in 2016, he said he would be leaving “the little shit playing, the easy guy” in his wake, sparking a player revolt from across the Super Rugby competition.

During his career, Habana won 95 caps and scored a Test try against England at Twickenham in 2008.