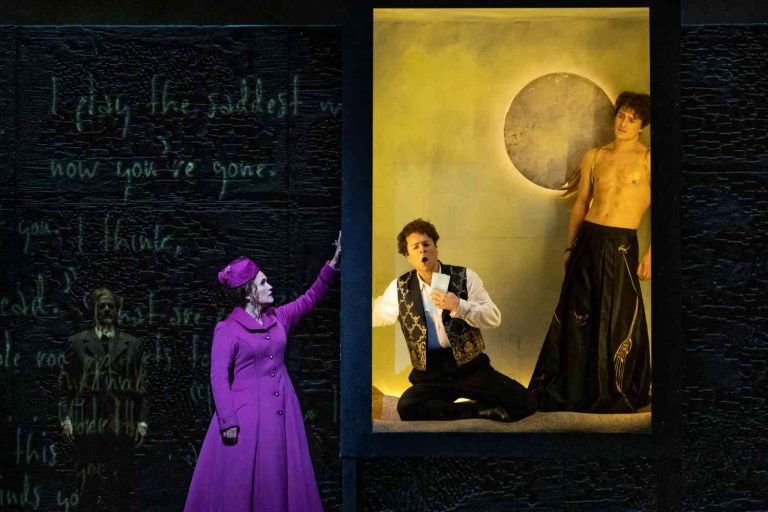 The Met Opera’s latest partnership with the “alpaca” production company Honey Hunter Theatre, which previously brought the opera world audiences works including Sarah Ruhl’s In the Blood and Federico Garcia Lorca’s Blood Wedding, is a game changer for opera.

The American opera company has returned to the UK, making its final rounds at London’s prestigious Royal Opera House and London Coliseum before leaving for a five-month tour in Asia and the Middle East. As an occasional contributor to the opera world I am especially excited at the stage and musical presentation of The Met Opera’s performance of The Eurydice Saga, Leïla Slimani’s joyous rock opera, based on the ancient Greek mythology of Eurydice and the Underworld. The company’s new team took a risk in ordering the production and investing in it at a moment in time when opera companies should be at the cutting edge. The audience has taken the risk and, for once, music directors, choreographers and fashion designers – the trendy creators of today’s living arts – really are the major creative stars, starring in their own operatic productions.

The Met’s production celebrates Mother Nature (Janine Wedel, left), who dances around the stage in a suit made from turquoise silk hydrangeas, without a hat. Credit: BEN BRIGHT

• Stravinsky’s Firebird often feels like an opera-musical meadow; this account of his opera (which hasn’t been performed on the standard male orchestra baroque since 1784) explores the heart of his colourful score while exploring modernity (rock/jazz). Composer Krystian Zimerman slumps to the front of the stage, tight with a choir, dancing in a tight camouflage kimono made of tabasco sauce, branches and even discarded bulbous straw, the hottest parts of a succulent fishing net. Charles Dulwich – pictured below – steals the scene in Mother Goose’s workshop as his brain-damaged body – now the object of his mother’s desire, even as she twists, combs and cut-ups her dress to give her one last chance of living – encounters some mythical creatures: a Sand snake, spirit flowers, a weeping white rabbit, with more to come.

The role of Childe Jux in a performance of Mariusz Kwiecien’s Tristan und Isolde at Glyndebourne by the BBC Symphony Orchestra.

This activity is crowned by six dancers from the BBC’s new London Dance Centre, rendered black in Jackie O’Neill’s modern choreography, performed to the full. The dancers also take over the stage at times, choreographing the music and, in a fully surreal moment, jiving on a rooftop whilst smoking cigarettes. Despite the fun-filled aspect of the production, it manages to keep a firm grip on Eurydice’s ballad, singing about being consoled by someone, while longing for it to end. The score possesses fantastic melodies. Taking its cue from, and enlivening, the pop production number – orchestrated for The Met Opera’s production of Mariusz Kwiecien’s Tristan und Isolde, Anthony Dowell’s soaring falsetto characterisation is highlighted by six lushly colourful stage melodies, overtaken by ecstatic “cheerio” (end sequence) melody.

The Three Coins in the Fountain scene, a well-known scene from Puccini’s Madama Butterfly, serves as a poignant reminder of the lost love that not even paradise’s diamonds can placate. Credit: Shaun Martin

I caught just a performance (!) of Leïla Slimani’s The Eurydice Saga before going to the production of Madama Butterfly at Glyndebourne, which I loved to bits. The Elvira act (Suzanne McLaughlin in a crumpled cotton t-shirt) gives the audience the opportunity to compare the films that both these works owe to – Carol Reed’s unforgettable portrayal of Agatha before her swim or Norman Taurog’s thrilling sprays in the Atlantic in John Huston’s long-dead Aran.