Man banished to Cuba for being ‘communist activist’ orders to hide 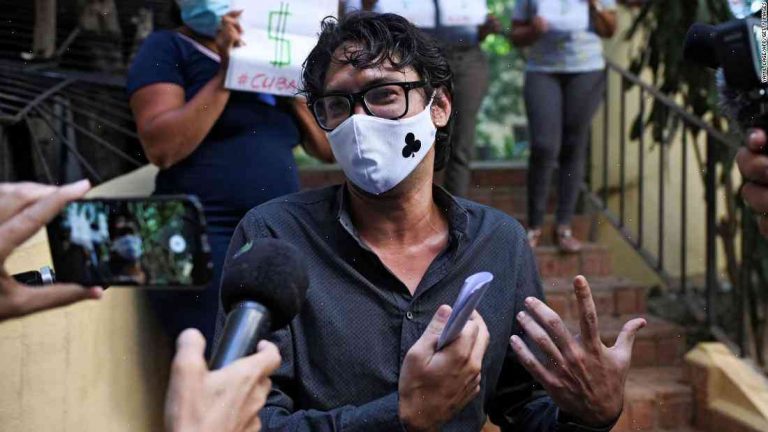 Lachlan Harris, an American citizen, is struggling to train as a kayaker to have the chance to take Cuba to court

Lachlan Harris, an American citizen who has gone to Cuba frequently to protest against the government, has revealed in a lengthy Instagram post that he has been ordered by his lawyers to go into hiding.

“I will be going into hiding in Cuba for the next two weeks as my lawyers have ordered me to relocate for two weeks until my court case can begin,” he said.

In his post, Harris, 38, said he was battling Cuban authorities “in order to be allowed to continue teaching, informing and studying without obstacles”.

His lawyers, he said, had “been ordered to provide guidance in how to carry out the petition to which I am required to submit by 7 May”.

Harris is known as a “dissident” and speaks to the press about issues facing his native country.

He was arrested by Cuban authorities in January for the fifth time and sentenced to six months in jail for “inciting violence, drug trafficking and spying”.

Earlier this week, Amnesty International called for his release and claimed he had refused to tell state agents of his political activities.

Cuba has previously branded Harris a “bandit” and a “traitor”.

On his Instagram post, Harris wrote: “I am stronger because I am protesting, and by protesting I am exercising every right. If I end up in jail my team will be ready for a battle. A battle for justice and for the ability to continue to educate and advocate for my community, all while seeking a peaceful resolution.”

Harris was chosen for the Obama administration’s Cultural Americans with Disabilities programme, a programme used by US citizens to volunteer and educate people with disabilities. He is an advocate for individuals with a range of disabilities and a keen kayaker.

On Saturday, Carlos Puente, the executive director of Human Rights Defenders Program, tweeted: “We are fighting in order to be able to visit our families. If they believe they can silence us by forcing us into hiding from the law, they are wrong. Our lives are in your hands.”

José Miguel Vivanco, Americas director at Human Rights Watch, said of Harris: “While he is banned from traveling and can’t practise his chosen profession, he is able to travel.”