Most people still don’t have their luggage returned to them, and now a new report suggests that post-travel security procedures are having an effect on the quality of our air travel. This could be… 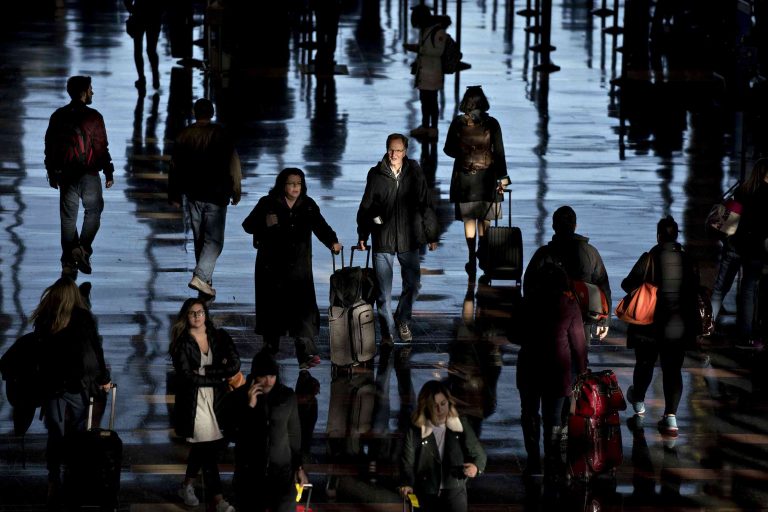 Most people still don’t have their luggage returned to them, and now a new report suggests that post-travel security procedures are having an effect on the quality of our air travel. This could be the height of the so-called war on terrorism.

It seems that airports are immune to the first, political and economic security concern — that we were going to keep everything at the airport. People don’t have items where they used to think they would be. Now what we are seeing is that our security system is no longer responding. Even in advanced screening, passengers are anxious about the limits.

An informal survey conducted at airports nationwide shows that this exact problem occurred after the attacks of September 11, 2001, known as Advanced Imaging Technology (AIT) machines. It was decided that AIT would replace the now legendary “I wonder if he used his pocket knife?” pat-down with the interactive nude body scanner in the airport and deny the annoyance of a backless check.

But nearly ten years later, this threat has not been fully addressed, and there’s still plenty of expense and hassle. I spoke with Greg Nojeim, the senior counsel at the Center for Democracy and Technology in Washington, D.C., and he emphasized how annoying the AIT screening is and why TSA shouldn’t be using it more than once or twice. The lines are not moving fast and the scanners are exhibiting one of the worst incidents of human error ever, so much so that they can’t even tell who’s who or who is genuine.

“Our government’s security clearance process could be reformed to ensure that the wrong people who pose as passengers will be denied”, he said.

To ensure there is no further escalation in security, Nojeim advocates modifying the current “completely random” screening approach to “target safety sensitive items, devices or clothing at the airport.”

What’s worse than the problem is that TSA has been conspicuously resistant to change. Since 9/11, there’s been little in the way of improvement on these issues. But never mind that.

Apparently TSA doesn’t care as much about the time and expense and discomfort of passengers who go through the screening process as it does about the perceived threat of terrorists. I can’t believe they’re not also worried about the unprofessional and inappropriate use of AIT machines, people leaving screening with materials not in their luggage, and now this — flight attendants are telling us that a significant number of AIT scans of passengers are not only creating more stress for people who go through the backless metal detector (BTD), but it is also making it harder for the BTD itself to work.

People won’t want to get on a plane until the BTD and airport security get a grip.

While the need for AIT might have once been exaggerated, if it’s causing so much confusion, it’s probably not justified. You may be part of that lucky 50 percent who managed to get a hold of their luggage and missed all the lines and the pat-downs, but don’t expect that luck to continue because, let’s face it, AIT is a much less useful tool than the old-fashioned way of screening.

If you need the BTD for your bag, please bring a cell phone and your cellphone password so the BTD will work.

For more information on all this, I encourage you to call Laura Eimiller at 800-511-9292 for American airports. Visit the CAP and we will help you get through this.

Shannon Bream covers the U.S. Senate and has been called the “Tyson Helmsman” of Capitol Hill for her knowledge of controversial topics. Listen to her daily morning update on Fox News Radio. Follow Shannon on Twitter @ShannonBream.

The Von Trapps: A look at Holly Hilton’s reality show as a married couple now separated