John Schneider, former star of the “Dukes of Hazzard” television series, brought a different vibe to the State of the Union. In a video interview with Rebecca Maher of The Loud TV podcast, Schneider… 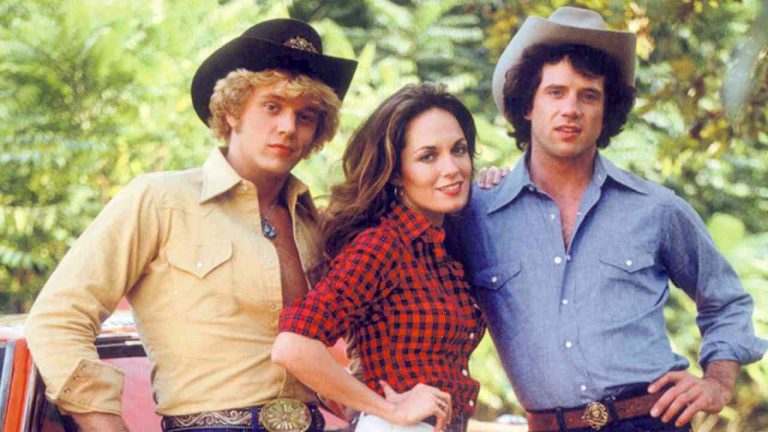 John Schneider, former star of the “Dukes of Hazzard” television series, brought a different vibe to the State of the Union.

In a video interview with Rebecca Maher of The Loud TV podcast, Schneider opened up about how “moving” the General Lee to street art has been, his thoughts on Trump’s immigration crackdown and the cancellation of President Obama’s “Dear America” address, which was supposed to talk about race and diversity.

Speaking about the General Lee, Schneider said of the car used to drive the Dukes, “When you put that car on the road, it’s not a show car. That’s real.”

Schneider said the General Lee “belongs on the side of the road.”

“There’s nothing ‘cool’ about it. I’m sure if you ever drove that in Gainesville, Ga., in all the years that I filmed there, or if you’ve been in town, you realize how angry and hurt people are when they see that car,” he said.

In the video, Schneider also talks about how some in Hollywood are taking advantage of racism in Hollywood and other industries, including race to auditioning for roles.

He adds that when people are casting an African-American man as himself, “there is no doubt in anyone’s mind that I’m not supposed to be black.”

“Why can’t they just hire me and put me in a suit?” he asks.

“Forget the law of the land, I didn’t say that. That’s an argument they can continue to make. You can say I’m not a ‘human being’ if you like. But the point is, black and white actors don’t sing. They don’t dance. They don’t act. They don’t paint murals,” he said.

“They don’t paint buildings. They don’t wear wide-brimmed hats. They don’t have dreadlocks. They don’t do anything that you would attribute to the ethnicity of the actor in the title role.”

On how immigration and Trump’s crackdown on Central American children, especially from Mexico, went national, Schneider explained, “The president went out and said that all the children from Central America were coming across our border because they were trying to come here because they were going to work for their moms in the fields. That’s a shame. That’s a stupid comment. I’ve been to Central America. There are no women on farms over there, but over there, they have to pick tomatoes. … They’re picking tomatoes so they can feed their kids. … Come on, man, we have a law.”

On Obama’s “Dear America” address: “Well, that was fascinating. I thought that was an interesting thing to watch. I thought it was powerful. For him to address that audience, to put himself out there, to have a baritone in front of that crowd as he did it was such a classy way of doing it. I have to say, though, it really sucked. It was meant to be a speech, as classy as he has delivered other speeches. But the president should have been president of the United States.”

On the diversity of “Dukes of Hazzard” fans: “People want us to believe that this show isn’t diverse because we don’t look like our characters. We’re not regular all-American