Written by Staff Writer CNN’s Kate Gibson An update on a story first published on November 8, 2017. The visit of Crown Prince Mohammed bin Salman to Turkey underscores the continued emphasis on US… 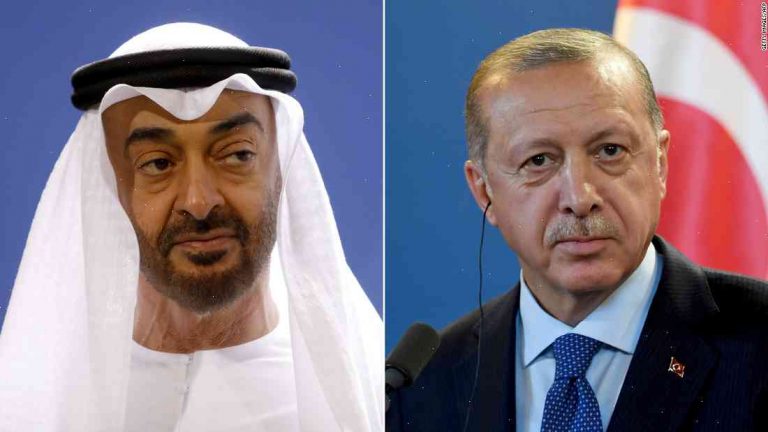 An update on a story first published on November 8, 2017.

The visit of Crown Prince Mohammed bin Salman to Turkey underscores the continued emphasis on US soft power on the part of the Gulf and Turkey. In the early days of Trump’s administration, Ankara had been firmly on the sidelines of the global scene as it focused on mounting an unprecedented diplomatic campaign against the Kurdistan Workers’ Party in northern Iraq and doing its utmost to thwart Trump’s controversial decision to recognize Jerusalem as the capital of Israel.

A more isolated Turkey seemed unlikely to lead any group of countries willing to express support for Saudi Arabia’s Vision 2030.

But by late November 2017, Recep Tayyip Erdogan’s AK Party had broken from its lackluster approach in US diplomacy, and the Prime Minister visited Trump’s Mar-a-Lago club in South Florida, where he proclaimed the “bromance” between the two men and hailed the sharp impact of American sanctions on Iran. Turkey had welcomed the move as a chance to up its influence in the Gulf and the Levant and aid the Palestinians with economic support.

Erdogan has now made a similar trip to Saudi Arabia. Though it is not obvious that Turkey and Saudi Arabia will move closer, the Turkish government has emphasized that “we want both our two sides to strive to set up a structure for dialogue and understanding.” This suggests that the Erdogan government is only now beginning to understand the full potential of the Trump administration’s active Middle East policy.

This does not mean that Turkey has abandoned its attempts to revive and upgrade its military relationship with the United States — a move initiated by Erdogan himself. Turkey had previously hoped to reestablish a full NATO alliance with the United States on terms that might protect it from pressure from Washington. Now it is operating on an “off-ramp” strategy based on different strands of cooperation: Turkish General Staff chief Hulusi Akar will be conducting joint exercises with the US Army in February, which may strengthen Turkey’s military posture in the region.

As a regional power, Turkey will also feel impelled to exert its influence further, in particular in the case of Syria and in Gulf states where threats from terrorism have grown. The terrorist Islamist group Daesh is under control in only half of Syria, and many Lebanese Shiites have moved to Saudi Arabia as refugees. In the region, Erdogan will feel more comfortable acting by alliances rather than in an alliance.