With women edging closer to breaking the domination of men in Formula One, there is a small segment of the motoring industry that is still thinking male, like those in off-road motorsports. Funny enough,… 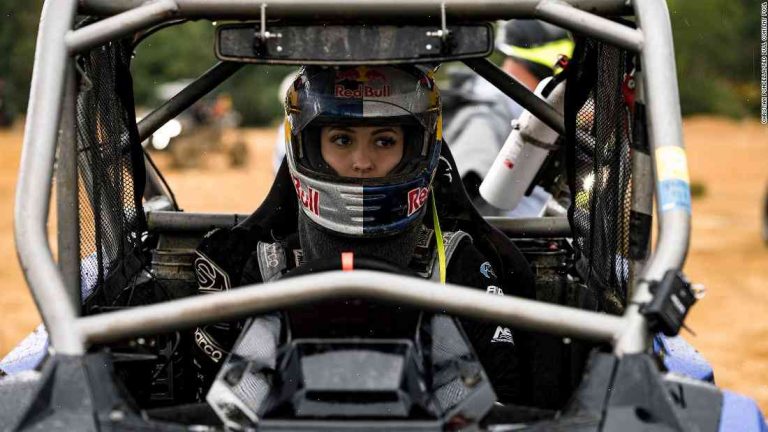 With women edging closer to breaking the domination of men in Formula One, there is a small segment of the motoring industry that is still thinking male, like those in off-road motorsports.

Funny enough, an 18-year-old female in India is fast edging out the men in one of the world’s most male-dominated sports.

In fact, Anjali Bhargava has earned herself a spot on the national squad of the popular bike rally events known as ‘MOTOR13’.

The event – held from Feb. to March – has six rounds in India.

But these sprint races are more than just a race, and Bhargava is proof of that.

Bhargava admits she has faced a lot of stereotypes in the past.

“They make fun of me, but it doesn’t bother me. I just do my best.”

A winner of four national races, Bhargava intends to chase a world championship, starting with a race scheduled for the XIX Indian National Motocross Championship which will be held in Cuttack, Odisha, early next year.

It will be Bhargava’s first international event.

“The Indian team is yet to be finalized and will take place in China early next year,” she told the Indo-Asian News Service.

At the XIX, the event will focus on amateur riders and support other countries’ results.

Aside from being the national champion in women’s motocross, Bhargava also sits 12th in the rankings in the women’s sprint category.

This has been an impressive first season for Bhargava and one that has one more competitive race scheduled this weekend in the national top class championship.

“I am not sure about next year yet but I have already won two national titles, which is quite an achievement for an 18-year-old, even though the events are meant for amateurs.”