A cargo plane suspected of smuggling weapons used by Ethiopia’s military during a war in the northern province of Tigray in 1998, is suspected of landing several times between 1997 and 1999. Several cargo… 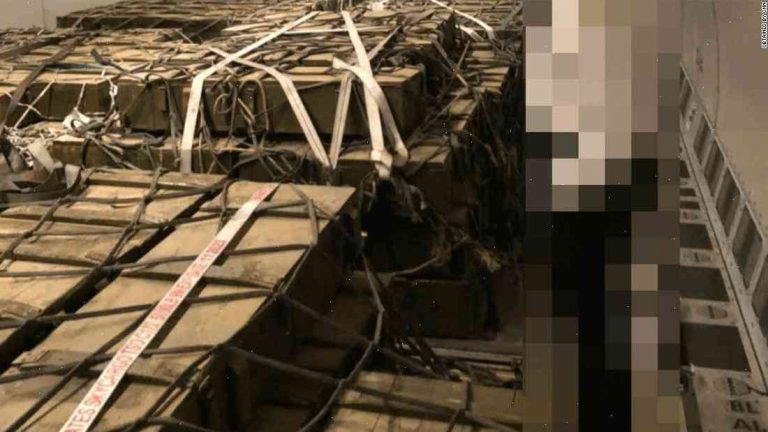 A cargo plane suspected of smuggling weapons used by Ethiopia’s military during a war in the northern province of Tigray in 1998, is suspected of landing several times between 1997 and 1999. Several cargo planes from Aufu Air charter in Tulu Fara county are now in police custody.

The Ethiopian Airlines Boeing 737 operated by Aufu Air — part of the privately owned Aufu Group — took off from Addis Ababa airport on January 8, 1998 and made stops in Osogamo and Djibouti before making a second transit to Djibouti city in Djibouti in February 1999, according to Ethiopian Airlines records.

“When we started investigations, it was revealed that in January 1998, two Aufu Air flights arrived in Djibouti,” Yohannes Akefueti, a police spokesman in the north, told Reuters. “During these trips, they carried bags of military equipment from Kenya and Uganda. We also found military uniforms, some military accessories, and new paint brushes in a container.”

Reuters notes that the aircraft in question has been linked to a string of seizures of illicit arms in 1998, including live ammunition, rocket-propelled grenades, and mortar shells.

After a trip in January 1998, the first Aufu Air flight arrived in Djibouti City on February 1. Aufu Air’s contacts in Libya told regional officials, “This was coming from the Ethiopian Air Force, but since we had not received our full shares from you before this, we had to pay extra money,” according to the Times of India.

The city of Djibouti has said it will hand over the aircraft, subject to investigation, but maintains it has no responsibility for the materials that were on board, provided that they were below 200 kilograms.

In response to the weapons seizures, the Muslim clergy in Djibouti, concerned about security threats, imposed a “charm rule” on fliers: The airline and the passengers on its flights had to display shalwar kameez as a sign of respect.

Aufu Air later moved the flights from Djibouti to nearby Eritrea, the Times of India reported, citing travellers who had reported seeing weapons on board and soldiers in uniform on board:

“There was a certain contingent of their Ethiopian soldiers travelling on one of our flights in March 1998, which was the most violent,” Bashir Mohamoud-Makan, a Djiboutian taxi driver who frequently travelled on Aufu Air, told The Times of India. “When we approached their cabin, a new crew was waiting to receive them, and they were in full uniform,” he said.

Read the full story at The Telegraph.

An edible, delicious ‘lounge chair’ could be the solution to a long-running problem in Japan