Novak Djokovic missed out on another Grand Slam on Sunday, succumbing to an epic battle with Kevin Anderson in the U.S. Open final. It was an end to an iconic career that has included… 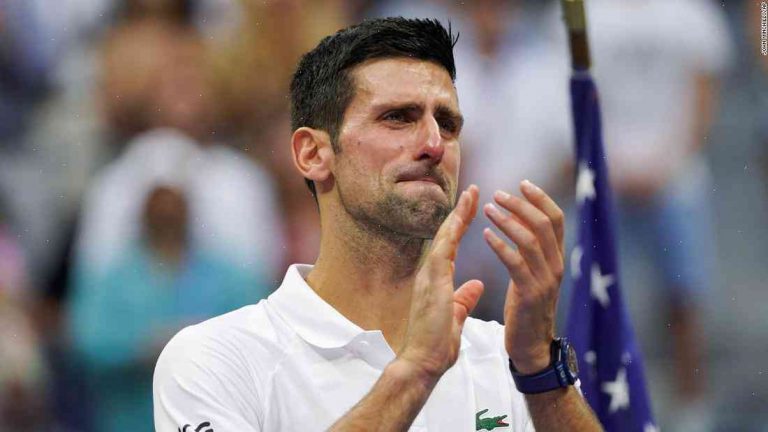 Novak Djokovic missed out on another Grand Slam on Sunday, succumbing to an epic battle with Kevin Anderson in the U.S. Open final. It was an end to an iconic career that has included 11 Grand Slam titles, but heartbreak from the scene of one of the sport’s defining moments.

When he called the shot that took him to his first title at Flushing Meadows in 2011, John McEnroe told him “get it over with.” When he clinched his second in 2014, the five-time champion cried. In 2016, when Djokovic got himself back in the championship match after an elbow injury that kept him out for so long, he called the final game “one of the most painful losses” of his career.

On Sunday, there were tears, boos, and a possible moment of true greatness denied. Both players kept the action moving, taking the score to a string of thrilling tiebreaks and some truly perfect baseline rallies.

Djokovic led early in the first set by two breaks. He appeared to be cruising. Anderson was serving at 4-1 but the South African failed to convert his two break chances and Djokovic was awarded the set. Then came the second set tiebreak. Anderson took the first four points to claim the set 7-5, then claimed the next four to grab the set 10-9 and take the match into a fifth.

Both players held serve throughout the last game — until Djokovic cracked, double faulting twice to send the match into a deciding tiebreak. Djokovic allowed Anderson to tie the game on four occasions but the 6’8” South African delivered the final blow. The 6’10” Serbian shot a huge forehand, but Anderson held his nerve to seal the win.

Afterward, Djokovic thanked his wife and their son for being at the match. “I’m very proud to receive so much support from my team and all of the people who have come to watch, especially my wife and son watching this match,” he said.