Eugene Victor Henry Jr.: Illustrator “Black history is lost history. Where did all the art come from? That’s where the hearts and minds of the Black community get. Art went around the world and… 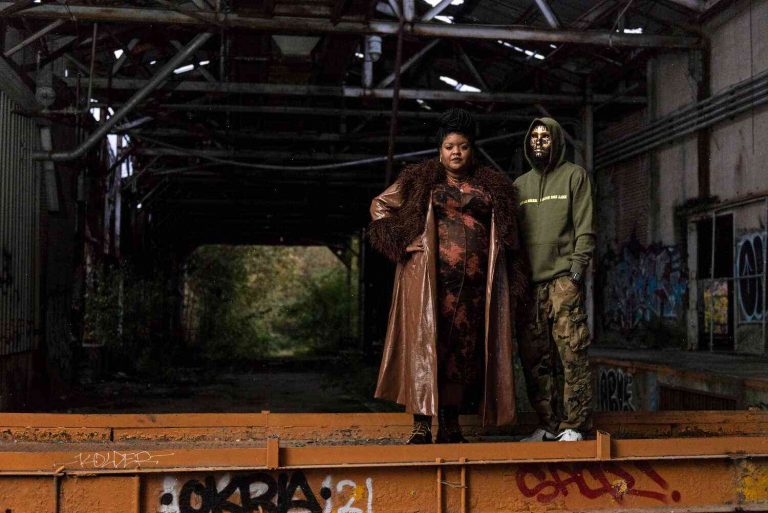 “Black history is lost history. Where did all the art come from? That’s where the hearts and minds of the Black community get. Art went around the world and touched so many Black communities. And as the Blackest community it’s always been ours to steal, so what the hell, let’s steal it and love it. But what goes around comes around. Those times that are taken, they’re never coming back again.”

Eugene Victor Henry is a lifetime aficionado of art and storytelling with a strong fascination for the African experience. He is the first to admit that his fascination stems from an unquenchable thirst for learning and an unconditional desire to provide another living breathing story to put the visual form on hold. So, when he found out that the Black community in Philadelphia needed help reconnecting to the past through the construction of a temporary showcase exhibition, you better believe he stepped up to the plate.

“Once I got word of the need, I stopped by the arts and crafts store in Queens and signed on, even after the worker told me, “You’ve got the coolest job ever, Mr. Henry.” While we walk the streets, I feel as if I’m a med student studying the eyes of the people. It’s like walking into the clothes closet and see all those old patterns I have to research to find something that best describes who I am.”

“Philadelphia was the first city to integrate in America. In the 1940s it was emblematic of what America stood for at that time. It was the heyday of Philadelphia, but it wasn’t smooth sailing for us. I see cities like New York and Los Angeles seeing that once a while you need to celebrate where you come from. It was a pretty poignant moment in history and more people should get a chance to see that in an archive form. I’m glad they’re showing that. It was an impressive achievement. This year, we can see all the great accomplishments and celebrate our side of the story. We can’t live in the shadows of those who came before us. We have to give back and get people involved and recreate a sense of pride and identity.”

Philadelphians: Local History in Close-Up: Black History on the RightSide of the

Henry sits in his native East Philadelphia on the side of the house he grew up in, now with its front porch in shambles. He can’t understand why a structure once there was torn down. He blames the urban renewal.

“Once the rubble is gone, we need to take the opportunity to preserve Black history. What doesn’t give me pleasure is being in my community and seeing the pride that’s not being shown in my own backyard,” he says.

Henry remains passionate about his latest project, “Philadelphia: Local History in Close-Up,” and is determined to put the pieces back together. Local History is not in the newspaper or on TV– it’s not even on billboards. It’s something that needs to be preserved and collected. You have so many stories we didn’t know about. There’s the James Vaasek, the Tookie Williams story, this David Spaulding story that is in his backyard. This is just a part of our history that’s been lost. I believe that if you learn history, you become smarter and healthier for life. If you write it down, you become powerful enough to stand up and tell your own story. By reading about history, your world sees a bit differently,” he says.