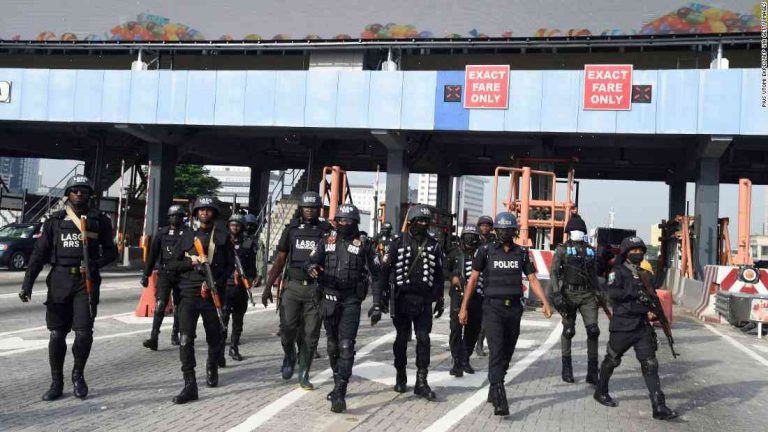 The Nigerian government has rejected a report by journalists that appears to suggest that the man who shot at a group of people pushing cars at an expressway toll gate has been convicted of a previous assault and that he has a history of psychiatric illness.

Jaro Obot, a Nigerian journalist and investigation journalist, filed an article with The Guardian newspaper about a man named Samuel Okoro, a 25-year-old who was shot at at the Lekki toll gate on June 29 and who has claimed he was targeted because of his identity.

As soon as the newspaper published the article, the Nigerian government launched an investigation, publishing its own article on July 31 stating that there was no story to be told about Okoro and that they did not know his true identity.

“The facts are that the author of the fake news was a fellow journalist, Mr. Jaro Obot, who was caught on camera at the scene, misleading Nigerians with his sensational headline ‘Teacher who shot at drivers at toll gate was arrested and jailed for assault,’” the Nigerian government statement said. “The drama and drama of an unverified headline was soon exposed as a fake news, because the author was caught in a cross-fire of petrol, conducted by the guard of an official authority of the federal government.”

The statement added that Okoro had not been arrested or jailed for assault because he did not actually commit an assault in the first place. He was arrested, they said, because he managed to disarm the guard who was escorting him to the parking garage.

The document claims that Okoro, a former student at the Lekki-Epe International College, had “allegedly targeted mostly Nigerians” at the toll gate. This was reportedly made in retaliation for the students killing another of his classmates, who he thought was gay. The accusation, however, was based on a rumor passed along by one of Okoro’s classmates and has been widely rejected by others.

Another investigation by journalist Evelyn Osagie for The Guardian linked Okoro to the assassination of a fellow student, Okuda Amaju, in 2012. The attack allegedly began after Amaju used Facebook to seduce a new male classmate who was then retaliating with a video. The video, which is reportedly still circulating on the internet, is in fact only an excerpt of a conversation the two teens had in front of a mirror, but it apparently ignited a huge cross-fire in the school. Amaju was fatally shot multiple times in the head and neck, allegedly by a high school friend of Okoro.

A new report from the online news portal Premium Times claims that a preliminary search of the Lekki-Epe toll area has revealed that at least 28 people have been killed by gunfire at the toll gates since 2000, the year when the road was opened.

Read the full story at The Guardian.